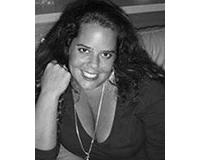 By registering, you agree to our terms of use and that real estate professionals from Forever Florida Real Estate, Inc. and lenders may call/text you about your inquiry, which may involve use of automated means and prerecorded/artificial voices. Message frequency varies. Text HELP for help or STOP to cancel. You don't need to consent as a condition of buying any property, goods or services. Messages/data rates may apply. Additional information about data use is in our privacy policy.